The human brain is capable of incredible things, but it’s also extremely flawed at times.

Science has shown that we tend to make all sorts of mental mistakes, called “cognitive biases”, that can affect both our thinking and actions. These biases can lead to us extrapolating information from the wrong sources, seeking to confirm existing beliefs, or failing to remember events the way they actually happened!

To be sure, this is all part of being human – but such cognitive biases can also have a profound effect on all aspects of al life. This infographic from DesignHacks.co shows and groups each of the 188 known confirmation biases in existence.

What is a Cognitive Bias?

Humans tend to think in certain ways that can lead to systematic deviations from making rational judgments.

Cognitive biases have been studied for decades by academics in the fields of cognitive science, social psychology, and behavioural economics, but they are especially relevant in today’s information-packed world. They influence the way we think and act, and such irrational mental shortcuts can lead to all kinds of problems in entrepreneurship, investing, or management. 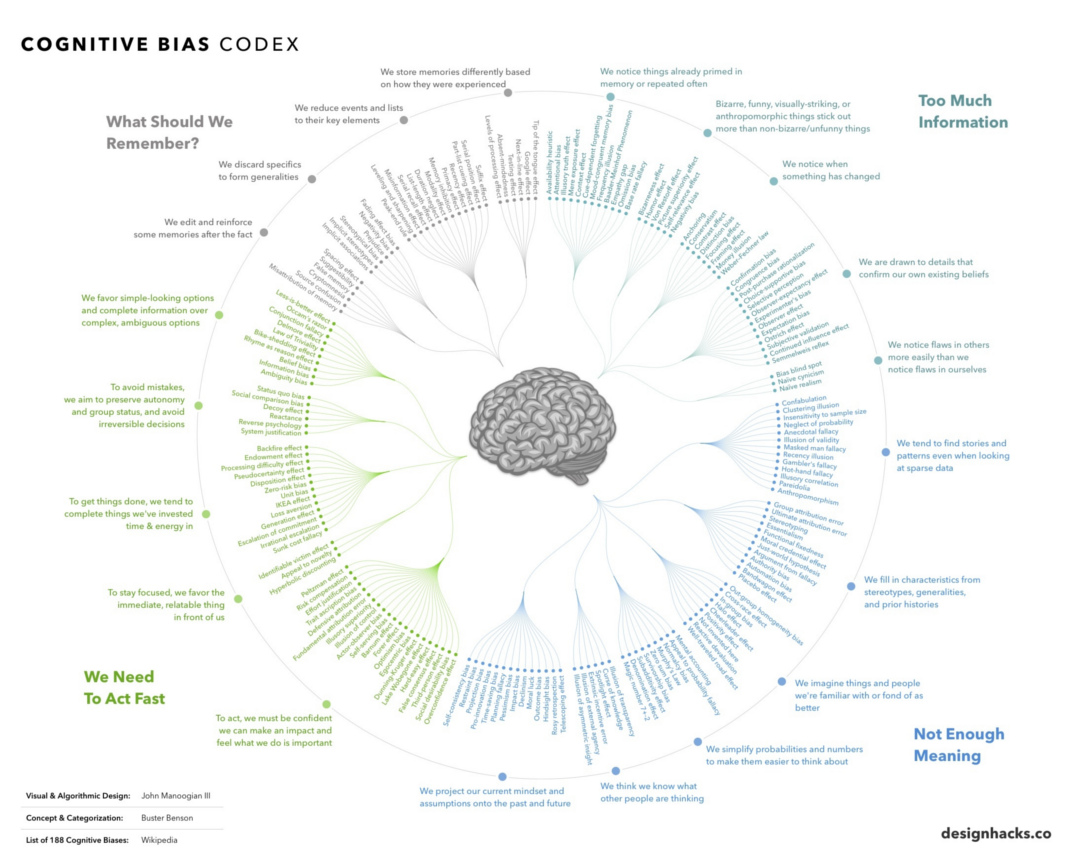 Here are four examples of how these types of biases can affect people in the business world:

Familiarity Bias: An investor puts her money in “what she knows”, rather than seeking the obvious benefits from portfolio diversification. Just because a certain type of industry or security is familiar doesn’t make it the logical selection.

Self-Attribution Bias: An entrepreneur overly attributes his company’s success to himself, rather than other factors (team, luck, industry trends). When things go bad, he blames these external factors for derailing his progress.

Anchoring Bias: An employee in a salary negotiation is too dependent on the first number mentioned in the negotiations, rather than rationally examining a range of options. 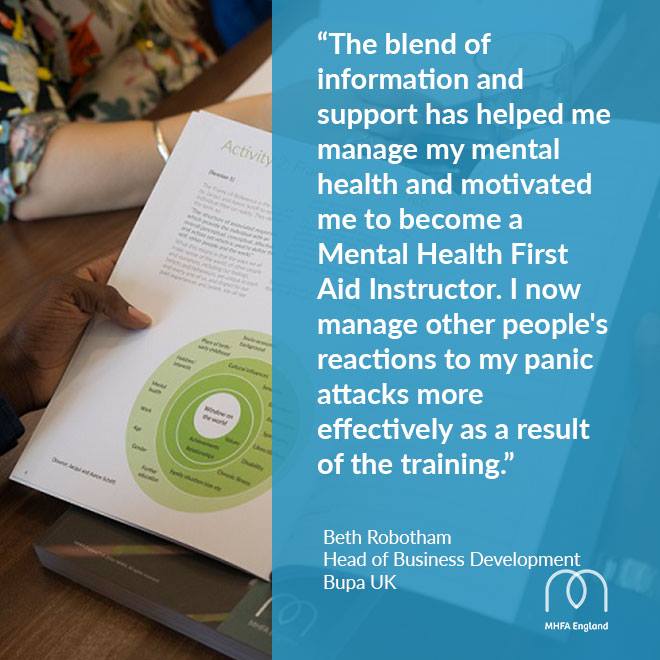 “The blend of information and support has helped me manage my mental health, and motivated me to become a Mental Health First Aid instructor. I now manage other people’s reactions to my panic attacks more effectively as a result of the training.” Mental Health First Aid training doesn’t teach you to be a therapist, but it does teach you to listen, reassure and respond. Beth has found MHFA training helped her to manage her own mental health better, as a result of the broad range of topics covered in the training.
Book your MHFA course with Positive Energy Being today. 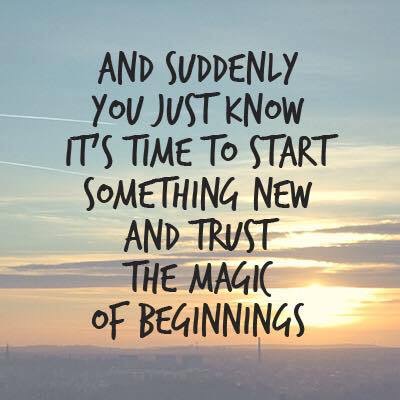 Top recommendation- An outstanding tapping resource for all levels. 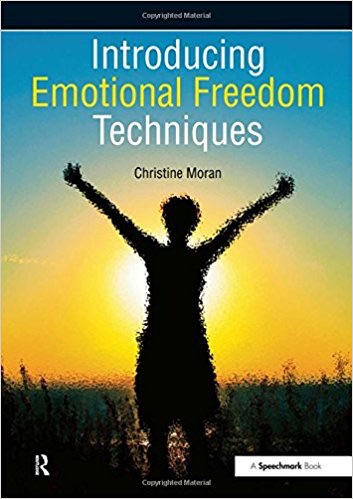 I had read about tapping in the news, I had seen a bit on TV, I’d even experienced a bit of tapping for stress in a health workshop last year but to be quite honest it all seemed a bit hocus pocus and new age to me. How can tapping on bits of your body while saying a statement out loud help you get rid of a phobia? help you with anger? help with pain? or help a child to be more patient? Well I have had to eat my words as I am very grateful to the work colleague who crowbarred this extensive, wonderful book under my nose several months ago.

Since reading the book (and know this going to sound a bit over the top but) my thoughts, outlook and behaviour have been overhauled completely. I am calmer, happier and in less pain. I like myself better and my family better. They have noticed big changes in me too. My children help each other tap for minor issues (friends, homework, worries – unbelievable) and shock horror my husband has been tapping too for work related issues.

Introducing Emotional Freedom Techniques is packed with material and illustrations that help you understand so clearly about the importance of the quality of our thoughts from an early age and how much our internal beliefs (that we are not usually aware of) drive our thoughts and patterns of behaviour. Incidentally I had read similar things many times before but never properly grasped until reading Christine’s work here. This is all outlined in the first two chapters along with a consise explanation of the background and development of the Emotional Freedom Techniques. Chapter 3 guides you slowly through how to tap (the shortcut and the full basic version) to rebalance the disruption of any negative emotion. Chapters 4-6 are very useful outlining adaptations to the basics of EFT that make it so powerful and effective. Chapter 7 outlines our current knowledge that we have about some of the processes that occur when we tap. The rest of the book (chapters 8-14) brilliantly focus on using EFT on specific issues (being in the driving seat, anger, fears, phobias, anxieties, habits, cravings, addictions, stress, trauma, abuse, health, healing, performance, and using EFT with young people and in schools.

The author Christine writes with skill and passion making the material easy to understand and accessible straight away. There is so much to absorb within the 280 pages but it is written so well directing guidelines for self-help and for professional application at all levels. I have used the book well so far as a self help guide and I revisit it constantly learning more each time I dip back in. I have begun to establish how EFT can be used with my pupils. I know that I will benefit from training and I am excited at the prospect of been able to use these techniques in my work once trained.

So I cannot recommend this book highly enough. The simple case studies dotted throughout the book allow you to appreciate how effective, easy to use and universal EFT or ‘tapping’ really is.

END_OF_DOCUMENT_TOKEN_TO_BE_REPLACED 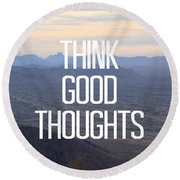 So welcome to the launch of our Positive Energy Being blog. Some of you are very familiar with our work of Emotional Freedom Techniques, Mindfulness, Mental Health First Aid, Connect 5, MBTI, NLP and HeartMath to name a few. Perhaps you have joined sessions, attended training or workshops. Welcome to our adult, young people, schools and organisations who have worked with us over the last 10 years.

Prrhaps this is you first visit ! You are very welcome too. Feel free to contact us, ask questions or make a booking soon.